A downloadable game for Windows

This project's concept is conceived from a randomly generated game jam theme, "tranquility". I was inspired by the idea of finding tranquility in the modern age, where it becomes increasingly hard to stay still in an over-stimulated world.  I decided to create an environment where the user can explore a digital dreamscape of my late-night psyche, unable to sleep and entering rabbit-holes of the Internet. The environment transforms the layout of a conventional Asian garden, imagery associated with meditation and peace, into a flickering world of lights, electronic screens, and late-night ramblings.

Phazero3 years ago
This piece is condensed yet powerful. I think what I enjoy most playing with the AESTHETICs of cyberpunk and vaporwave, one genre which is usually very male and filtered through the male gaze and fantasy, the other which has been repeated on tumblr and social medias everywhere from a cool counter culture into a vapid delirium (soaked up by Urban outfitters), but here they take on a uncharacteristic clarity and protest, setting up a wonderful surprise that rises above just a "coolness".

Its a meditative (and femme) space in opposition to the heavily co-opted cyberpunk's dystopia and laser guns. Also this is a specific space, instead of popular cyberpunk's trope of a vaguely Taipei, mixed with vaguely Tokyo infinite city (yet somehow only inhabited by wp...hmm). There is a sharp critique in this piece, in opposition to vaporwave's usual sugary sweet lifelessness.

I like the claim to these spaces because like many great things they were stolen by capitalism (and dude bros) and repossessing and charging them opens up new possibilities with the genre and a chance to re-quaint ourselves with its symbols. The glitch, the flicker, transformation, chopped and screwed, all wonderful communications waiting to be made great again lol. Oh, and another interesting thing in your piece, the elements themselves are personal. Quite another opposition, when the genres are not for the crowd or mass consumption, but about a singular vision and personal story. Really turning the capitalist overtaking of these worlds on it's head :).  Good work, lots to think about here.

Thanks Phaz for letting me know!!

Hi! I updated the file a week ago, let me know if it's working or not. Thanks! 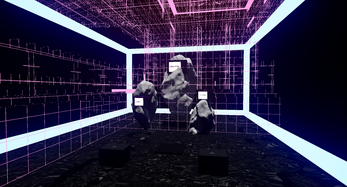 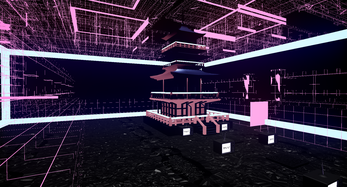 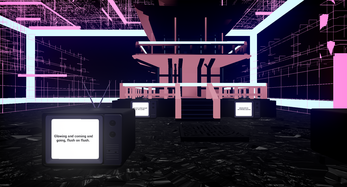 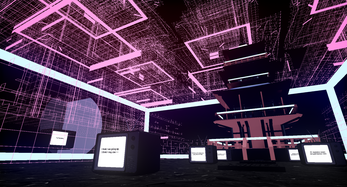 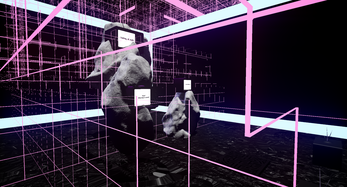 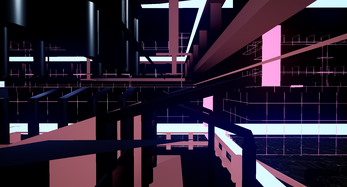